I started the year with an awareness that the journey ahead would not come as an easy ride. And it was no coincidence that I spent the first weeks of 2017 beefing up my mental body, with an inward-looking ritual of noble silence.

Despite all the roller coaster jaunts, the year has enriched me with frontier experiences that I’ve never been through before. I met with noteworthy (some say controversial) figures, world leaders, inspiring entrepreneurs and, of course, some strangers who had warmth my heart beyond their invisible identities.

Earlier in April, I was invited to meet with US Vice President Pence. The underlying agenda was crystal clear, to tell him not to cut the education & cultural partnership budget with Southeast Asia, worth more than US$500 million. Shortly after the conversation, he tweeted about the meeting and said, “future looks bright in Southeast Asia”.

Not long after the meeting in Jakarta, I was summoned to the US State Department Headquarter at C Street, Washington DC, as part of me winning the 2017 International Alumni Impact Award. During the reception, the undersecretary for diplomacy, Bruce Wharton himself, welcomed me at the Benjamin Franklin room. Well, this is funny. The room was supposed to welcome heads of states and top diplomats. But here I was, a commoner from Asia.

In between the tangled weirdness and excitement, I discovered that the year has granted me various ”first-time in life” experiences. It was the first time I flew the longest direct route from New York City’s JFK Airport to Seoul Incheon for 16 hours and 35 minutes straight (repeat after me : sixteen hours and thirty five minutes only). And yes, it was on a coach class, and I did arrive intact (despite the longer hours the flight took to avoid North Korean missile range). The flight was even  more exciting onboard the brand new Korean Air A380, equipped with skybar and a real duty free kiosl, on an airplane! As an #avgeek this was awesome!

Also, thanks to 2017, the year brought me to visit new cities and countries around the globe. From Yangoon Myanmar to Manila and Bangalore, Poso, Palu and Samarinda, as well as Lawrence, Charlotte and Kansas City in the US and of couese the K-Pop Land Seoul City. In all, I’ve traveled to 29 cities in 11 countries throughout 2017 attending 729 meetings, 21 public speaking events and met up with more than 1,300 new people! That’s why I need to meditate. Inhale.

At work, I witnessed the great transformation of the company. Amartha has been evolving as one of the most progressive startups in the nation. In two years time, the business has grown almost 10 folds. And the magic of it was not only did the company has been scaling up its business per se, but it was able to maintain the quality it delivered to the community: accelerating prosperity through inclusion and financial technology. I was privileged to support a great team full of passionate people and able represent the company in some public occasions.

On the other side of the coin, the year also came with shameful flaw. Out of insanity, some people (and leaders too) tried their luck (and take advantage of) being some sort of moral police. Deceptional morality, to be exact. Like, seriously dude, two trillion galaxies in the universe are waiting to be explored and you are fussing about someone kissing in the park?

But, this is the real World I need to deal with. From Jakarta to Yemen, from Jerusalem to Iran, Kremlin to the White House. It’s all about money, dynasty, politics and power. Nothing to do with religion, okay! Discussion.

At home, this year for me was a year of great loss too. I lost my beloved grandfather, at the age of 81, days after he returned from a long-anticipated hajj pilgrimage. He passed away peacefully, believing that his life journey had been accomplished according to his faith. He was a faithful supporter of me and my starry dreams since I was a child. He listened.

Not long after, six months after he was born, I also lost my little kitten Bobby. A true wonder of 2017, literally. We found him in our porch in the middle of the rain past midnight of January 1st 2017, hours after he was born and (suspectedly) abandoned. Bobby was the joy of our family. He came from heaven and returned to heaven in a blink of an eye.

With all that happened, I understand that the spectrum of my journey has been broader than a mere work-achievement and personal accolades. There were setbacks and disappointments, grieves and doubts. But one thing for sure, I celebrated every chaos. There’s no such thing as good luck or bad luck. Because I believe every moment is either a blessing or a learning journey.

I also never ask people to understand my Delphi and Osiris. As every wind has its own muse, so do people with their own abyss of thought. And for me, it’s a 35 year of colorful ride, a spiritual journey that I would always cherish.

“Riding the wind, surfing the turbulence. To see the World, to find each other”. 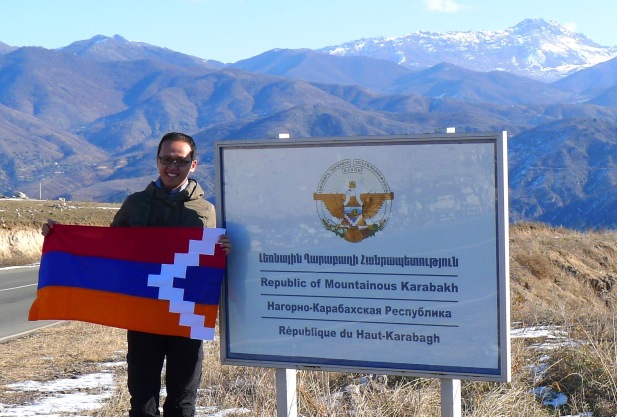